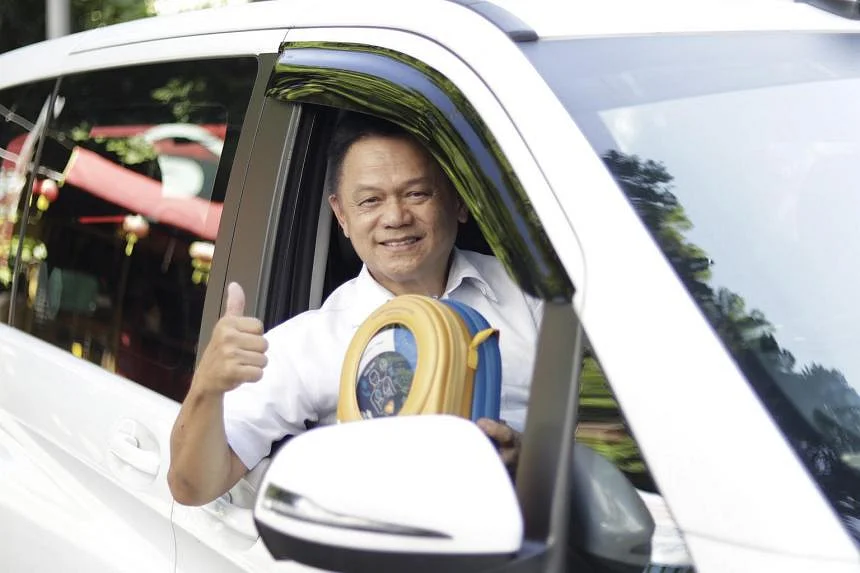 SINGAPORE – When he saw a notification on the myResponder mobile app that a woman near his home in Sengkang was having a cardiac arrest, cabby Elson Sim, 62, rushed over. He got to her block within minutes and took the automated external defibrillator (AED) at the lift lobby up to her home. “There were already paramedics from the Singapore Civil Defence Force (SCDF) attending to her, so I passed them the AED in case they needed another one,” he said.

Mr Sim has been using the app since last August when the ComfortDelGro cabby volunteered to be part of the SCDF-ComfortDelGro AED-on-Wheels programme. The initiative aims to increase the number of first responders on the road. Through the app, community first responders are notified of emergencies that occur within a 1.5km radius of their current location. Over the last 11 months, Mr Sim has responded to four emergencies. One involved a fire at a rubbish dump near his home. Police officers were already at the scene, so he uploaded photos of the fire through the myResponder app. These provided the SCDF with a better understanding of the situation. For his efforts, Mr Sim received the Community First Responder Award on Thursday (July 7).

Mr Sim said he will continue as a volunteer responder, adding: “AEDs are simple to use. All you need to do is follow the instructions and that’s it, you can help someone already.” Admitting that he still gets a bit nervous every time he sees an alert, Mr Sim added: “I will still go in there because my actions could save a life.” 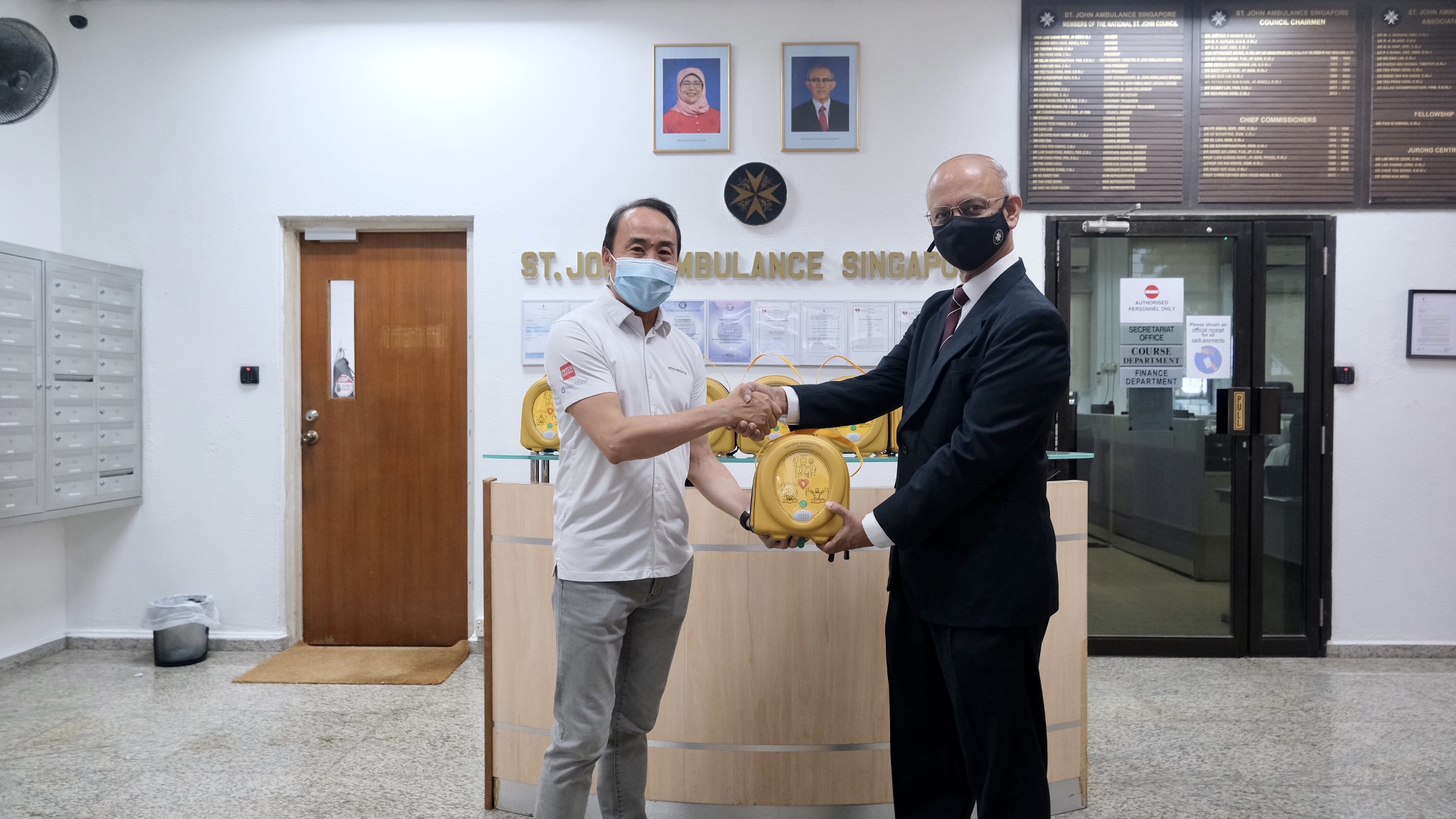 HTM Medico is Singapore NO.1 AED Distributor and the preferred AED supplier in the market.

We seek to be the leading supplier of good quality and affordable portable/home medical devices and emergency life-saving products for lay-person. And continuously educate the masses on how to take charge of our own health and embrace a healthier life.

You agree and consent to us, the Organisation, and our authorized service providers and third parties to collect, use and disclose and/ or retain your Personal Data in the manner set forth in this Personal Data Protection Policy.